Going Organic is not only better for your body—it’s better for the planet. Organic production practices have a number of benefits for all of us who call Earth our home.

Agricultural runoff is a major problem for farming and rural communities across the globe.

When fields are tilled and fertilized with manure or synthetic fertilizers, the top layer of that soil (and the nutrients in the fertilizer) is too-easily washed away in the rain. Heavy rainfall creates a nutrient-rich runoff, that pours into nearby streams and lakes and feeds plant life at an amazing rate. In this process called eutrophication, the rapid growth of plant life cause the oxygen levels in the water to plummet—and the inhabitants are suffocated.

To combat this destructive cycle, Organic farmers have a low or no-till policy—a method that has proved to have many lasting benefits. Without heavy tilling, soil retains more moisture, cycles nutrients, cultivates land that is more drought-resistant, and limits the amount of erosion—which keeps nutrients in the soil where they belong.

MORE CARBON STORAGE IN THE SOIL:

A number of studies revealed that Organic soil carbon contents are considerably higher as compared to conventional farming.

This is a result of Organic agricultural practices which increase the return of carbon to the soil, raising productivity and favoring carbon storage:

Why is carbon storage important? Soil organic carbon, or “SOC”, is the basis of soil fertility. It releases nutrients for plant growth, promotes the biological and physical health of soil, and is a buffer against harmful substances.

Rodale Institute is an organization that has been gathering research about soil health since 1947. Their studies have proved that in addition to large stores of carbon, healthy soil is teeming with a community of healthy bacteria, fungi, algae, protozoa, nematodes, and other tiny tiny creatures. The diversity of this below-ground eco-system works together as a natural defense against disease and pests—allowing plants to grow to their maximum productivity. This eco-immune system is far healthier and sustainable for the plants than off-farm supplements like fertilizers and pesticides.

Visit the Rodale Institute website for a closer look at how this system works!

Growing crops takes energy, and there’s no way around that.

Farmers use fuel to power their agricultural equipment—tractors, sprayers, and combines just to name a few. Conventional growers also use large amounts of nitrogen-rich synthetic fertilizers, which take large amounts of energy to produce, and even more energy to spread it over the fields. And to top it off, more energy is needed to produce and spread the hundreds of gallons of pesticides and herbicides needed for conventional agriculture to be sustained.

Prof. David Pimentel of Cornell University published an in-depth study in 2006, which found Organic farms use up to 20% less energy than conventional farms. Organic agricultural methods use sustainable practices, like harnessing and relying on solar energy, and saving on costs for those expensive synthetic fertilizers and pesticides.

These savings are even greater depending on the crops being farmed. In a case for corn grown in Pennsylvania, Prof. Pimentel found that Organic farming used 31% less energy versus conventional (while also producing higher yields during drought years). Additionally, if just 10% of corn grown in the United States were grown Organically, it would generate a national savings of up to 4.6 million barrels of oil a year.

If you’re a pure numbers kind of person, you can see how those kinds of energy costs can affect a farmer’s overall income per crop yield. Heavy reliance on the availability of cheap energy is truly betting the farm.

By now you’re familiar with the conventional practice of spraying herbicides and pesticides on fields, and we all know farms aren’t sealed in an air-tight facility. These chemicals can spread into nearby environments—a process commonly referred to as “spray-drift”. And it works just the way it sounds.

Spray-drift is a threat to an area’s biodiversity. Along with destroying unwanted varieties of bugs that munch on crops, pesticide spray-drift unintentionally reduces the population of other insects—dangerously pulling at the threads of the ecosystem.

In contrast, an environment free of pesticides and herbicides attracts pollinators… which attract other small animals… which bring larger predators to the area; creating a balanced, cohesive ecosystem.

According to Dr. Gerold Rahmann, of the Institute of Organic Farming under the German Ministry of Nutrition and Agriculture, the maintenance of natural areas within and around organic fields and the absence of chemical inputs create suitable habitats for wildlife.

When it comes to the health of our planet, it’s worth considering what ways going Organic is worth the investment. Click the links in this post as a starting point for further reading, and search out more reasons why going Organic is better for planet Earth.

Why Organic? Part 1: Better for Your Health 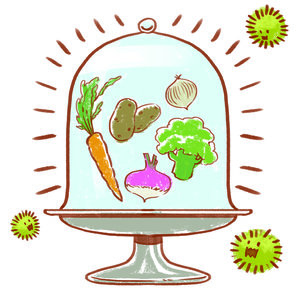 Why Organic? Part 3: Better for the Birds 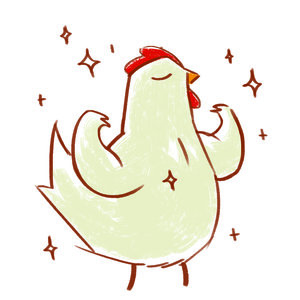